This month’s story comes from a surrogate who’s journey ended a little earlier than expected, but still turned out to be a wonderful, happy ending! While things may not always go as planned, the journey is still forever remembered and cherished.

My all time favorite metaphor is, “Life is a Journey.”

In June of 2019 a short lived journey began due to complications with embryos. July of 2019 brought a whole new journey. I got an email from Amber saying she had a super sweet set of Dads that would like more info about me. With zero hesitation I looked over their profile with my significant other. About two weeks later the match agreement was signed. Somewhere in between we got to Skype and it was so easy to carry conversation. Once all the screenings, evaluations and legal necessities were done I started the dreaded shots, about 5 months later. With little to no complications transfer day was set! When I tell you that the amount of excitement is so high it’s nerve racking, I mean it in the best way possible! We got everything sorted out and before I knew it I was in the Idaho clinic waiting for the little embryo to be placed. The emotions and happy tears were flowing that day! The little guy was placed and I was ready for princess days! Within the next 48 hours we packed up and went home. I took a pregnancy test the day after we got home, knowing it was too early, I was still so discouraged seeing the negative test. I tested everyday and finally got a strong positive!! Everything continued to look great. Once the hormone shots were done I was so relieved and ready to enjoy the pregnancy even more, but my body had other plans. About three days into the second trimester I began to experience, what I thought was, an allergic reaction. I thought maybe I somehow came in contact with gluten, one of the many allergies of mine. I took an allergy medicine recommended by my OB, but the side effects only continued to get worse. With several confused doctors and dermatologists the conclusion was Pemphigoid Gestationis, say that two times faster. Oral steroids helped, but never made the flair ups disappear. It was a battle trying to figure out the dosage and what was safe, but also kept the side effects minimal. Once I was at a comfortable and safe dosage my body decided it was time to evict the baby. On August 14th, late at night, my water broke and I was life-flighted to the closest medical center that specializes in NICU babies and high risk pregnancies. There were some complications with the baby that I am not willing to share due to privacy reasons. I, however, had issues of my own. Pre-eclampsia being one. Pre-eclampsia is more scary when it’s not something you expect. My blood pressure spiked and an emergency c-section was what needed to happen. One hour later Coty arrived and one of the IP’s that had just left to travel home made it back in time. The nerves were high, but I was so excited for the daddies to see their baby boy. A short time later we all heard his first cry and then cried in unison. Baby boy was born at 31 weeks and 3 days, which calls for a stay at the NICU. At this point I am feeling so defeated that this is the journey I have unintentionally set out for my IP’s. I knew there would be lots of healing days ahead, but finally seeing two hopeful IP’s finally becoming daddies made everything seem so small. Me and the little guy are now doing great. We’ve both got a little more healing and growing to do, but we are both healthy and happy! 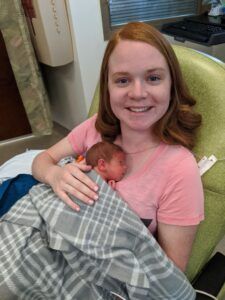 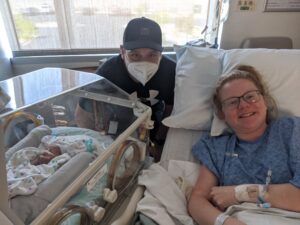 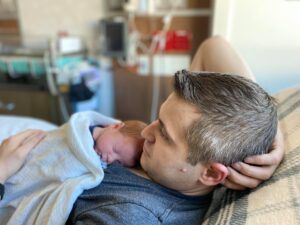 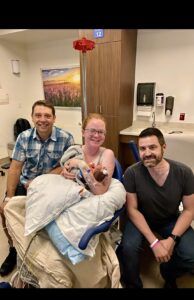